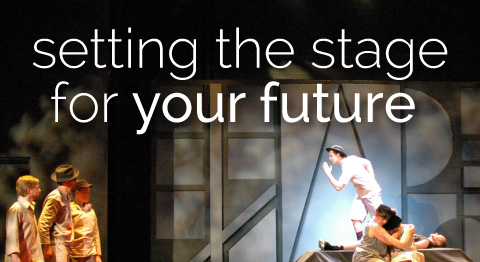 Mark is the Director of the School of Theatre and a Professor of Theatre at Louisiana Tech University. He is a professional director, designer, and fight director. He has worked in theatres from Tokyo to Rome as lighting designer, director, and fight director. Mark received his B.A. from Centre College of Kentucky and his M.F.A. from Memphis State University. He is a Fight Master of Stage Combat with the Society of American Fight Directors and a Certified Teacher with the British Academy of Stage and Screen Combat.

Mark has collaborated on original productions with William Joyce, Mikel Rouse, and the Flaming Idiots. All this in search of Einstein’s, "The most beautiful thing we can experience is the mysterious. It is the source of all true art and science".

Some of his recent directorial credits include: Beget: Fall of a High School Ronin, Living Dead in Denmark, She Kills Monsters, The Leafmen and the Brave Good Bugs, a play based on the book by William Joyce.

His scenic design credits include the stage premiere of KAB Man, Shane, and The Leaf Men and The Brave Good Bugs.  His lighting design credits include The Flaming Idiots at the New Victory Theatre, A Christmas Carol at New American Theatre, A Knight at the Fights for University of Nevada Las Vegas, and telescan operator/designer for Madonna’s Blond Ambition Tour, Bob Dylan, Bruce Springsteen, and the Gypsy Kings. 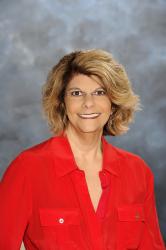 Cherrie Sciro is the Coordinator of Theatre and Professor at Louisiana Tech. Her most treasured directing experience here at Tech was the 1999 production of Six Women with Brain Death…, which was awarded 21 awards throughout the region and state, including the Richard A. Weaver Best Production Award, a first for the University Theatre. She directed the 2006 fall production of W;t, a play close to her heart because of its promotion of cancer awareness.

Ms. Sciro is also known nationally for her Broadway credits which include Production Coordinator of the Tony Award-winning productions Cats, Les Miserables, Phantom of the Opera, and Miss Saigon. As well as Broadway Stage Manager for Song and Dance, Les Miserables, Phantom of the Opera, and Doin’ What Comes Natur’lly, an All-Star Tribute to Ethel Merman, featuring Lainie Kazan, Patti LuPone, Andrea Martin, Elaine Stritch and Bette Midler. Stepping out of the theatre, Ms. Sciro served as the Production Manager for the 1999 Hard Rock Rockfest in Atlanta, GA, and the Stage Manager for the 2001 New Year’s Eve in Times Square in New York City. She was also Road Manager for Patti LuPone and Dixie Carter.

Her International credits include the London, England productions of Les Miserables, Phantom of the Opera, Miss Saigon, Follies, and Sunset Boulevard. She also served as the Production Manager for the Olympic Games in Barcelona, Spain and Atlanta, GA. 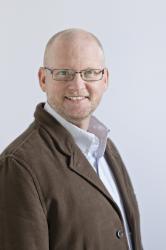 Jeremy is an Assistant Professor of Theatre Design and Technical Director at Louisiana Tech University. In addition to teaching theatre design and technology courses, Jeremy also regularly attends and presents his research at Association of Theatre in Higher Education (ATHE), American Society for Theatre Research (ASTR), the Mid-American Theatre Conference (MATC) and other national theatre conferences. Jeremy recently attended the ATHE Leadership Institute where he collaborated with Deans, Associate Deans and Department Chairs from around the country on leadership issues facing theatre education. In August of 2017, he was one of three scholars selected to present his research at the ATHE Conference Plenary session ‘Spectacular Technology’. His paper, “Spectacular Electricity: Technology and Visual Culture in the Late Victorian Theatre”, examines the use of electricity in special effects during the late 19th century and the context of that technology within the visual culture of Victorian London.

Jeremy has worked professionally all over the country as a Director, Actor and Designer. Some regional credits include directing the world premiere of Person or Persons Unknown in Chicago at the Wing & Groove Theatre Company, resident Sound Designer for the Texas Shakespeare Festival, and as Technical Director for the Washington Ensemble Theatre’s west coast premiere of God’s Ear in Seattle. Jeremy is active in Children’s’ theatre and spent two summers in Anchorage, Alaska working with the renowned Alaska Theatre for Young People. He also recently collaborated on creating a national drama curriculum for 3-6 year olds combining theatre games and activities geared toward aiding developmental benchmarks. Jeremy previously held positions at the University of Louisiana at Monroe, The Evergreen State College and with the Zachary Community Schools. Jeremy holds a Ph.D. in Theatre History and Criticism from Louisiana State University. 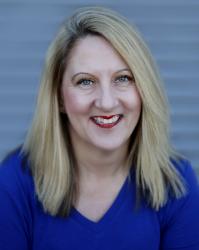 Michele L. Dormaier is the resident Costume Designer for the School of Theatre. Michele was awarded a Masters of Arts in Theatre from Louisiana Tech University, and a Bachelor of General Studies from the University of South Dakota with emphasis in Fine Arts, Humanities, and Social Sciences, concentrating on Theatre and Dance. The essence of her studies was costume design and history, dance performance and teaching, as well as acting; culminating in her thesis: “The Evolution of Costume in Ballet.” She has trained as a dancer at American Ballet Theatre in New York, and was in the Professional Programme of The Royal Winnipeg Ballet. Additionally, she has taught dance and choreographed, and is an avid ballroom and swing dancer. She presented her research “The Influence of the East on Western Ballet Costume in the Early Twentieth Century” at the Southeastern Theatre Conference's Research Symposium in Atlanta in April of 2016. She has formerly served as the Company Manager for The Huron Playhouse in Huron, Ohio, the Assistant Costume Shop Manager for the Des Moines Metropolitan Opera, and has designed and built costumes for theatres around the country. 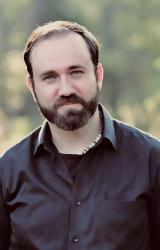 Andrew Ray is an actor, fight director and educator who works from coast to coast. He is a Certified Fight Director and Stage Combat Instructor with the Society of American Fight Directors that holds a BA in Theatre from The University of Kentucky and an MA in Theatre from Louisiana Tech University where he studied performance and stage movement. Andrew currently resides in Shreveport, Louisiana but spends a portion of the year in his hometown of Lexington, Kentucky where he serves as stage combat instructor at the University of Kentucky. On top of that he teaches stage combat and directs fights in New York, Illinois, Louisiana, Texas, Georgia, Ohio, North Carolina Missouri and Florida. He also spends time in Los Angeles, Chicago, Dallas and New York working as a motion capture performer and fight coordinator. He is one of the lead motion capture performers for the Agents of Mayhem, We Happy Few, Saint’s Row and Borderlands video game franchises. He also works as a motion capture actor for Penn and Teller.

In 1983, Dianne left her positions with Ailey as soloist, assistant artistic director of the Ailey Repertory Ensemble, and full-time faculty member at the Alvin Ailey American Dance Center to become artistic director of Orchesis Dance Company at Grambling State University (GSU). Since moving to Louisiana, Dianne received her BA degree from GSU and her MA degree in theatre from Louisiana Tech University (LTU). She is currently on faculty as dance instructor for both GSU and LTU’S School of Theatre.

LDT has performed Dianne’s choreography in Russia, Austria, and throughout the U.S. in Chicago, IL; Washington, D.C.; Orlando, FL; throughout Louisiana; and throughout Texas in Houston, Dallas, San Antonio, Corpus Christi, Galveston, Amarillo, and Abilene. LDT performed Dianne’s choreography at the Jazz Dance World Congress at the Kennedy Center in 1996 and in Chicago in 1994 earning the Silver LEO Award ($1,000) for her choreography, Red. LDT was also selected to perform Dianne’s choreography, Apotheosis, on the Gala performance of Regional Dance America’s first-ever National Festival at Jones Hall in Houston. LDT recently received Gala status at the 2006 RDA/SW Festival for their performance of Lacrimosis at the Dorothy Chandler Woodland’s Pavilion in Houston.

LDT and Grambling’s Orchesis Dance Company have collaborated in more than 25 workshops and performances since 1983. The 1995 Living Legend recipient and director of Orchesis has taken the 58 year-old company to a new level. As an ambassador for Louisiana, Orchesis has performed in Japan and throughout America from New York to California. Orchesis has been featured in Proctor and Gamble national TV commercials, live appearances with recording artist Vicky Wynans, and with the GSU Tiger Marching band in the hit movie, Drumline. Dianne recently choreographed and appeared in Denzel Washington’s new movie, "The Great Debator."

Joy Rester is a first year Grad Student in the School of Theatre with an emphasis in Directing and Stage Management. She recently finished her undergraduate degree in Theatre at Louisiana Tech in May 2020. Her favorite roles and positions at Tech have been Grandma in The Addams Family: A New Musical Comedy and Production Stage Manager for Lend Me A Tenor. Joy is excited for the new challenges and experiences that await her as a Grad student. She aspires to be a Director or Educator in theatre once she gets her Master’s. She would like to personally thank the entire Theatre Faculty for granting her the opportunity to finish her studies with them.

M Lloyd Peña graduated from Central Washington University in 2013 with BA in Theatre Arts, specializing in lighting design and stage combat.  In early 2014 he worked as the technical director for the Eau Claire Children’s Theatre in Eau Claire, WI before moving to San Diego, CA and joining IATSE Local #122, working on several Broadway bound shows at the Old Globe Theatre and La Jolla Playhouse, as well as many national touring acts in local roadhouses.  Lloyd is certified in 3 weapons with the Society of American Fight Directors, has ETCP certification in Arena Rigging, and OSHA 10 certification.  He joins Louisiana Tech Theatre as a graduate student pursuing fight directing and teaching.

Mickayla Blue is a returning graduate student.  She is a professional fight choreographer and is certified in six weapons.  Among the productions she has fight choreographed are:  The Three Musketeers, A Streetcar Named Desire, Beauty and Beast, and Othello, to name a few.  Mickayla graduated from Northwestern State University in 2018 with Bachelor's Degrees in Theatre and Psychology and is on track to graduate this spring with a Master's of Arts in Theatre.

Brett Chase was born December 30th 1992 to Donald and Sheila Chase as a member of Lake Charles, Louisiana. He graduated from Sam Houston high school and began his undergraduate education at Louisiana State University before taking a brief hiatus to perform as a musician and actor. Following a brief stint in New York City where he worked and performed for a local studio off Broadway, Brett continued his undergraduate education at McNeese State University where he earned his Bachelor's degree in the science of Psychology. Before coming to Louisiana Tech to pursue his Master's in Fine Arts with a concentration in performance, Brett co-wrote and recorded the Extended Play, "Vibe FX. Vol 1" with fellow artist Reagan Womack and is now working in the marketing department for the school of theatre during his time as a graduate assistant for the university

Set the stage for a star!

School of the Performing Arts

Send Us a Message